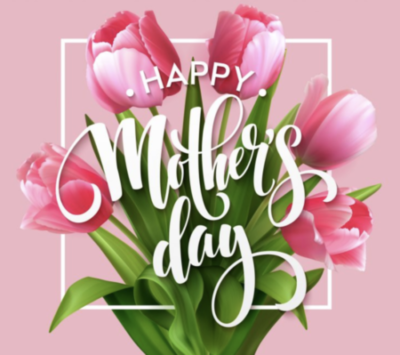 Mother’s Day is a day that is celebrated all over the world. Here in Canada and the U.S., we dedicate the 2nd Sunday of May every year to paying homage to mothers. It’s a day most commonly associated with people spending time with their mother(s) or maternal figures, who have had a great positive influence in their life. It’s a day to shower moms with love, affection and gifts/flowers. A day reserved for families to show their appreciation for their moms/stepmoms/mother-in-laws etc. These days it has become a highly commercialized event, but if you weren’t aware it was born of simple beginnings. According to Wikipedia, it is widely known that Mother's Day was first celebrated in 1908, when a woman by the name of Anna Jarvis held a memorial for her own mother at St Andrew's Methodist Church in Grafton, West Virginia. (I seem to live under a rock because I had no clue about this!)
Anna lost her mother Ann Reeves Jarvis in 1905. Ann was a peace activist that cared for wounded soldiers on both sides of the American Civil War. After the war, Ann continued her humanitarian efforts and created what was called “Mother's Day Work Clubs” to address public health issues. After her death, her daughter Anna felt the need to honour her mother by continuing the work she started. As a result she ended up creating a campaign to set aside a day for all people to honour mothers. She believed that a mother is "the person who has done more for you than anyone in the world”.

Three years later in 1908, the U.S. Congress rejected a proposal to make Mother's Day an official holiday. However, owing to the continued efforts of Anna Jarvis, by 1911 all U.S. States observed the holiday, with some of them officially recognizing Mother's Day as a local holiday (the first being West Virginia in 1910)! In 1914, the President on the United States Woodrow Wilson signed a proclamation designating that Mother's Day was to become a national holiday, and it was to be held on the second Sunday in May.

By the early 1920s, Hallmark Cards (and other companies) had started selling Mother's Day cards. Jarvis believed that the companies had misinterpreted and exploited the idea of Mother's Day. She felt that the emphasis of the holiday was on sentiment, not profit. As a result, she actually organized boycotts of Mother's Day, and threatened to issue lawsuits against the companies involved. She was very resentful of the commercialization of the day and she argued that people should appreciate and honour their mothers through handwritten letters expressing their love and gratitude, instead of buying gifts and pre-made cards.

All the commercial hype aside, I think most moms would agree that the best Mother’s Day anyone could ask for, is one that sees families happy, healthy & spending the day together. Also, no cooking or dish duty is also greatly appreciated! Whatever happens this May 12th, just be sure to set aside time to show the women in your life (that are either actually your mother or like a mother to you) that you love them and appreciate them!